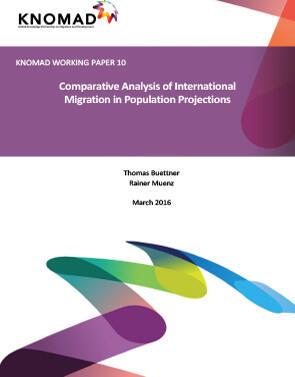 International migration is a complex phenomenon—often not sufficiently documented, not fully understood, and hard to predict. That has major implications for demographic analysis. This paper compares past estimates and projected future migration flows provided by major producers of global population projections. The comparative analysis clearly highlights some consensus, but also a considerable amount of disagreement about the size and direction of actual migration flows between major sending and receiving countries. Basic assumptions about future flows also significantly diverge. The data sets analyzed in the paper display a higher degree of sophistication in measuring and modeling fertility and mortality compared with the efforts applied to measuring and modeling geographic mobility. In addition, projections beyond 2050 assume a gradual disappearance of international migration (at least on a net basis), which could be interpreted as the result of an eventual convergence of global living standards, but might also be challenged based on the fact that during the past 100 years the number of international migrants has grown more quickly than has the number of people living on our planet.