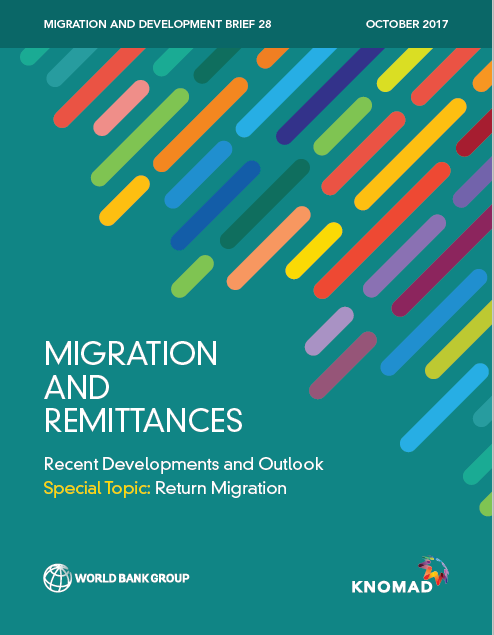 Remittances to low- and middle-income countries are on course to recover in 2017 after two consecutive years of decline, says the latest edition of the World Bank’s Migration and Development Brief, released today. The Bank estimates that officially recorded remittances to developing countries are expected to grow by 4.8 percent to $450 billion for 2017. Global remittances, which include flows to high-income countries, are projected to grow by 3.9 percent to $596 billion.
October
2017
DOWNLOAD FULL REPORT