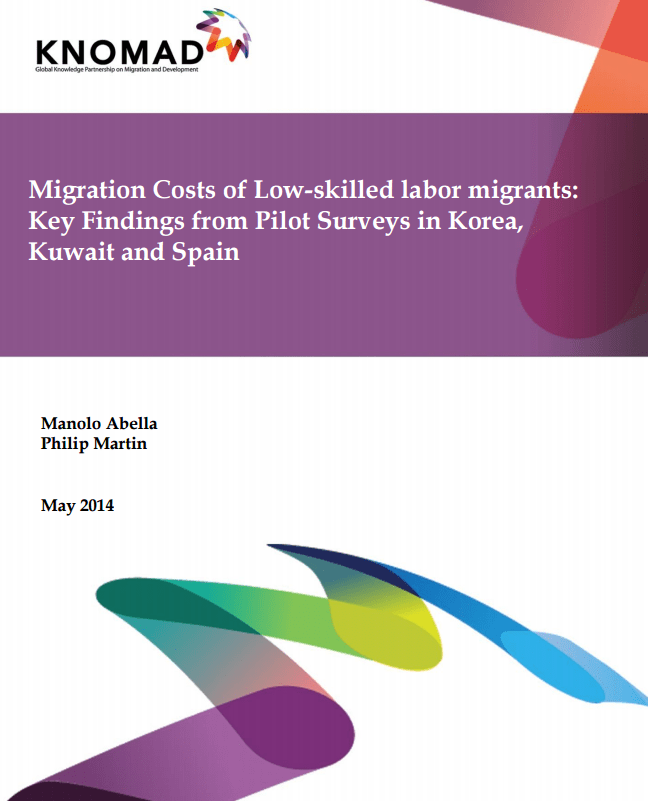 Worker-paid migration costs can be high, up to a third of what low-skilled workers will earn in two or three years abroad. Many workers borrow money at high rates from money-lenders to finance migration costs, encouraging them to work overtime or take a second job abroad to speed repayment. High cost also encourage some to overstay their visas, thereby becoming irregular migrants, rendering themselves vulnerable to exploitation, risking imprisonment, and generating social problems for the host governments. In an effort to curb adverse effects from high migration costs, many governments have banned or put a ceiling on recruitment fees, but worker-paid costs have remained stubbornly high in certain migration corridors. In order to enhance understanding of what constitute migration costs and identify ways at national and at the global level to reduce migration costs, the KNOMAD implemented a project to measure migration costs of low-skilled workers. Three pilot surveys of low-skilled migrant workers were undertaken and completed - in Kuwait, Spain, and the Republic of Korea to obtain information on what workers paid to get jobs in these countries.